While the Star Wars galaxy expands with the addition of not one but two east and west coast locations for Galaxy's Edge in Anaheim and Orlando, Star Trek fans look back to 1998, when our own - albeit far smaller - version of Galaxy's Edge opened: Star Trek: The Experience, at the Las Vegas Hilton.

As somneone who visitied the Experience 5 times between 1999 and 2007 I can promise you what an amazing experience it was to enter the time station that took us ahead to the 24th century aboard Deep Space Nine. Immersive, chilled out, exciting, and during a time when the golden era of Trek was in full swing, io9 take a look back at the magic that was Star Trek: The Experience (and I've thrown in a few of my holiday photographs for good measure).

First opening at the Las Vegas Hilton in Nevada in January of 1998, Star Trek: The Experience was in many ways a sort of early amalgam of all of Disney’s current Star Wars theme park experiences. There was a museum section, akin to Launch Bay, full of timeline displays and props from the shows and movies, and not one but two rides mirrored Star Tours and the modern-day Smuggler’s Run, whisking an audience away from the confines of then-present Nevada to the far future of the 24th Century.

The Klingon Experience and The Borg Invasion 4-D both mixed and matched sequences of themed immersion with live performers (and in the latter’s case, new footage filmed by Voyager stars Robert Picardo and Kate Mulgrew) with simulator vehicle rides and 3D movies, respectively. Hell, there was even a recreation of Deep Space Nine’s promenade for you to wander around and shop in, or, just like Oga’s Cantina in Galaxy’s Edge, partake in a themed tipple or two in Quark’s bar.

The Klingon Experience was perhaps the closest Star Trek: The Experience really came to doing what Galaxy’s Edge champions as its unique selling point. The ride saw clever set changes and simulators recreate a group of passengers being beamed over to a replica of the Enterprise-D set from The Next Generation, Visitors would then go on a time-wimey adventure in which one member of the group was actually revealed as an ancestor of Jean-Luc Picard, and their survival to maintain the timeline drove an adventure that saw the Klingons attempt to erase you and Picard from history. In the same way something like Rise of the Resistance hopes to transport Disneyland visitors into an adventure right out of the Star Wars movies, The Klingon Experience was like being dumped into an episode of Star Trek for a bit. 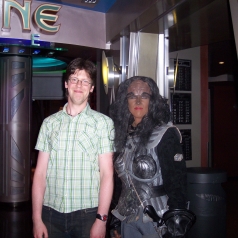 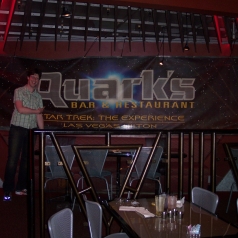 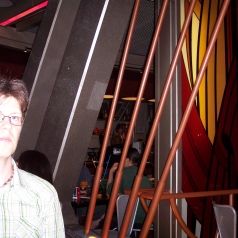 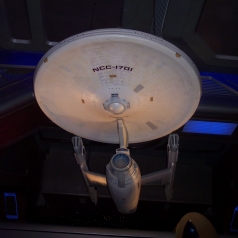 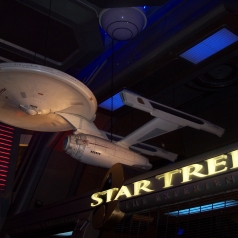