You've seen the trailer... now, witness the events leading to CBS All Access's Picard. Before he retired to his vineyard, Jean-Luc Picard was the most decorated admiral in Starfleet. Then one mission changed his life forever. The Countdown starts here!9.

As a fleet of Tholian vessels closes in, Kirk and the rest of the crew struggle to free the Enterprise from the Tholian Web before it's too late. And with the destruction of the ship hanging in the balance, Bright Eyes will have to make a choice between their human friends or going home. The final voyages of the original mission continue here!

Join the crew of the U.S.S Enterprise in all-new adventures as they near the end of their five-year mission, featuring the characters from the Original Series! The crew of the Enterprise left Earth four years ago. They've traveled to strange new worlds, defeated impossible foes, and made universe-changing decisions. But now, with the end in sight, they'll have to face their biggest challenge yet. Step aboard the Enterprise with Kirk, Spock, Bones, Uhura, Sulu, Scotty, and Chekov as they begin the end of their original five-year mission and boldly go into an uncertain future in this new continuing Star Trek series! Collects issues #1-6. 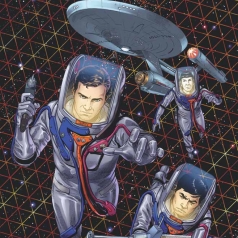 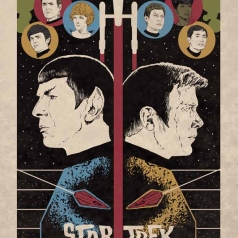