The man behind the character of Robert Picard - older brother of Jean-Luc, only seen once in the season three classic episode Family but who's importance in the story of Captain Picard could never be underestimated - has passed away. Jeremy Kemp was 84 and leaves behind a legacy of character roles stretching back to the 1960's.

Comic Book took a closer look at his career.

His other notable roles include playing PC Bob Steele in Z Cars, Troy Kennedy Martin’s gritty look at the life of a police unit in a fictional suburb called Newtown. Kemp left the show in its second season for fear of being typecast for the rest of his career. He also claimed to hate wearing the police uniform. He did return to the series for its final episode in 1978 playing a vagrant.
Throughout his career, Kemp was often cast as military men, noblemen, and doctors. One such notable role was as Brigadier General Armin von Roon in the 1983 miniseries The Winds of War and its sequel, 1988-1989's War and Remembrance.

While Kemp only had one Star Trek credit, it was a memorable one. The episode "Family" is the only time fans saw Capt. Picard, dutifully dedicated to Starfleet, interact with his family Earth. Kemp played Robert as concerned but somewhat resentful of Jean-Luc, who had become a famous Starfleet captain. But Jean-Luc was just returning from being turned into Locutus of Borg and was having second thoughts about his career choice. The tension was diffused as the brothers wound up wrestling in the mud and then singing songs together.

Our condolences go out to his family, colleagues and friends. 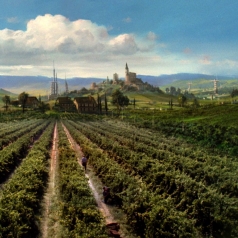 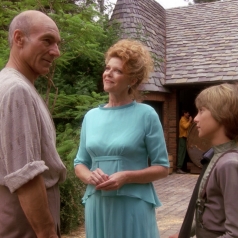 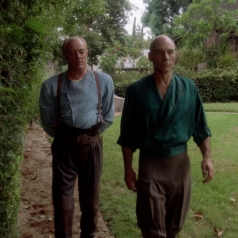 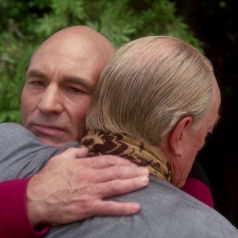