Star Trek: Picard is coming our way later this year and CBS have revealed the poster for the upcoming show.

Star Trek: Picard will tell the next story of Picard’s life, taking place after Star Trek: Next Generation. Plot details are being kept under wraps, but Star Trek: Discovery creator Alex Kurtzman revealed in March that it will be “a very different show from Discovery.” He also mentioned that the series will be a “very thoughtful, psychological portrait in a lot of ways… Things have changed for [Picard] and changed him in some ways, and yet he is so deeply and fundamentally still Picard.” 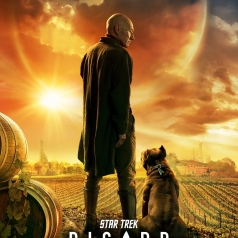