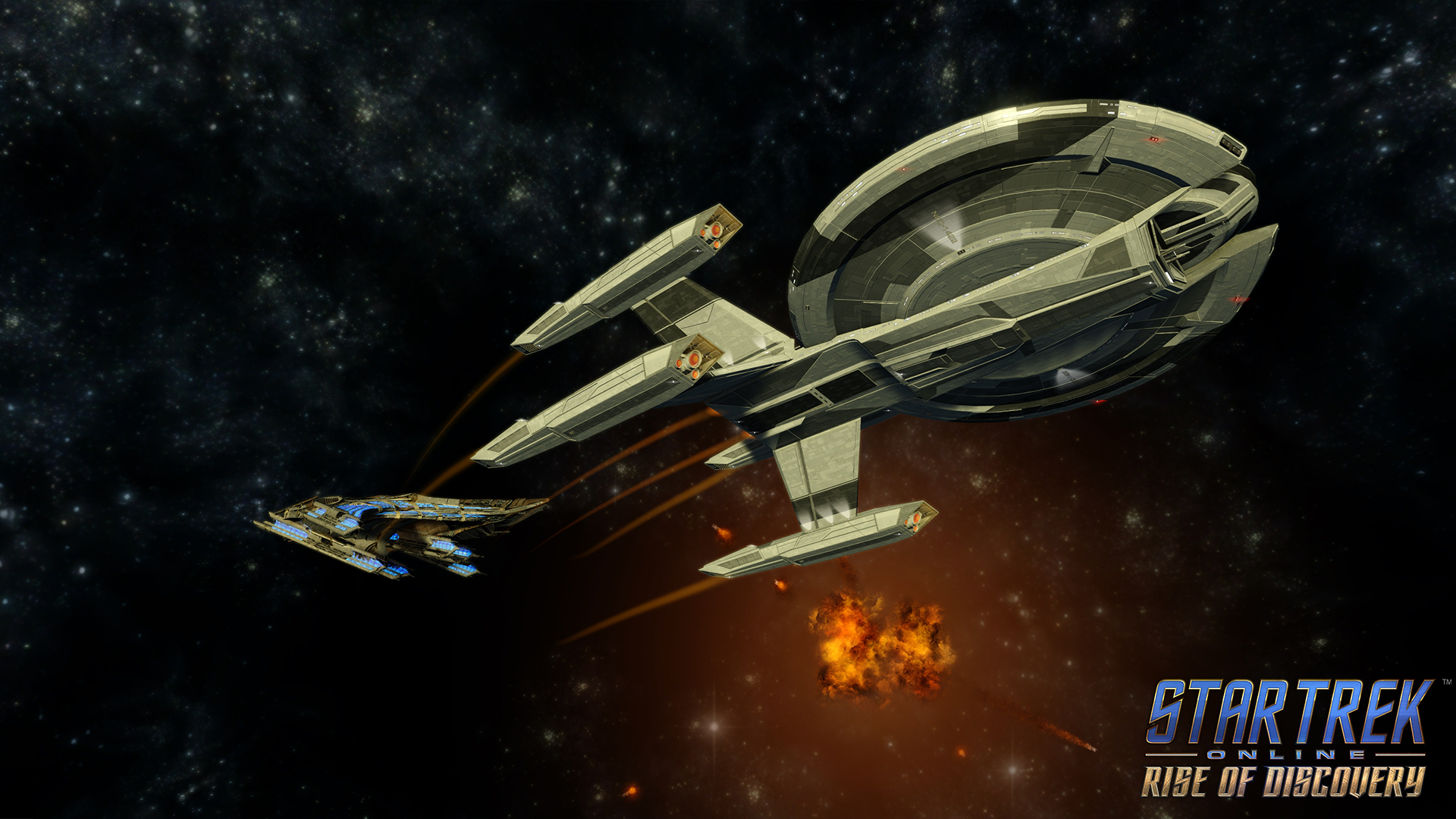 Console users who also play Star Trek Online can rest easy as the latest update has gone live.  PS4 and Xbox gamers can now enjoy Rise of Discovery.  Here's the press release to whet your appetitie:

Today, Perfect World Entertainment Inc., a leading publisher of live service games, and Cryptic Studios announced Rise of Discovery is now available for Star Trek Online on PlayStation®4 and Xbox One. The free-to-play MMORPG continues its mission to explore the Star Trek universe from within by releasing a new update based on the popular CBS television series, Star Trek: Discovery. Rise of Discovery invites players to join the ranks of the U.S.S. Buran, commanded by Starfleet Captain Gabriel Lorca (voiced by Jason Isaacs) and Commander Ellen Landry (voiced by Rekha Sharma). Captains will play through two incredibly moving featured episodes to uncover what happened to these characters before they beamed aboard the U.S.S. Discovery in the show’s first season. Console players will also discover a brand new reputation, fly premium ships that now scale to their character level and beginning July 2, unlock free rewards exclusively for PlayStation Plus and Xbox Gold members.

For nearly a decade, Star Trek Online has expanded on incredible stories that were introduced in some of the franchise’s most iconic TV shows, including The Original Series, Deep Space Nine, Voyager and Enterprise. This legacy continues with Star Trek: Discovery, as the game takes fans back to the show’s very first season to explore the relationship between Captain Gabriel Lorca and his trusted Chief of Security, Commander Ellen Landry. Rise of Discovery beams players aboard the U.S.S. Buran with Lorca and Landry, just one month after the Battle at the Binary Stars. Captains will answer an urgent distress call from the Starfleet vessel after it is ambushed by Klingon forces, who are searching for one of their own. This devastating attack forces Captain Lorca to crash land on a barren ice moon above Priors World, where his fate lies in the hands of Commander Landry and her remaining crew.

These events take place across brand new missions featured in Rise of Discovery. A full list of new content includes:

In addition, level restrictions have been removed for Tier 6 starships across all of Star Trek Online’s platforms, including PC, Xbox One and PlayStation®4. This means that all of the game’s vessels now scale to individual character level, giving players the chance to fly premiums ships that were previously only available to those who had reached a certain level in the game.

From July 2nd through October 13, PlayStation Plus and Xbox Gold members will be able to unlock free rewards for Star Trek Online! The reward packs on each console include a color-variant Tardigrade Combat Pet, a color-variant Assault Drone Vanity Pet and three Master Keys.

This summer, the Star Trek Online team is headed to Star Trek Las Vegas and Star Trek Night with the San Francisco Giants!

Catch up on the thrilling second season of Star Trek: Discovery on CBS All Access (https://www.cbs.com/shows/star-trek-discovery/)

Star Trek Online is a free-to-play massively multiplayer online game that allows players to explore the Star Trek universe from within. Players can forge their own destiny as Captain of a Federation starship, champion the Empire through the far reaches of the galaxy as a Klingon Warrior, rebuild the Romulan legacy as the commander of a Romulan Republic Warbird or carry out daring missions on behalf of the Dominion as a Jem’Hadar soldier. Captains can also explore iconic locations from the Star Trek universe, make contact with new alien species and battle alongside other players in customizable starships. Star Trek Online is currently available on PC, PlayStation®4 and Xbox One.