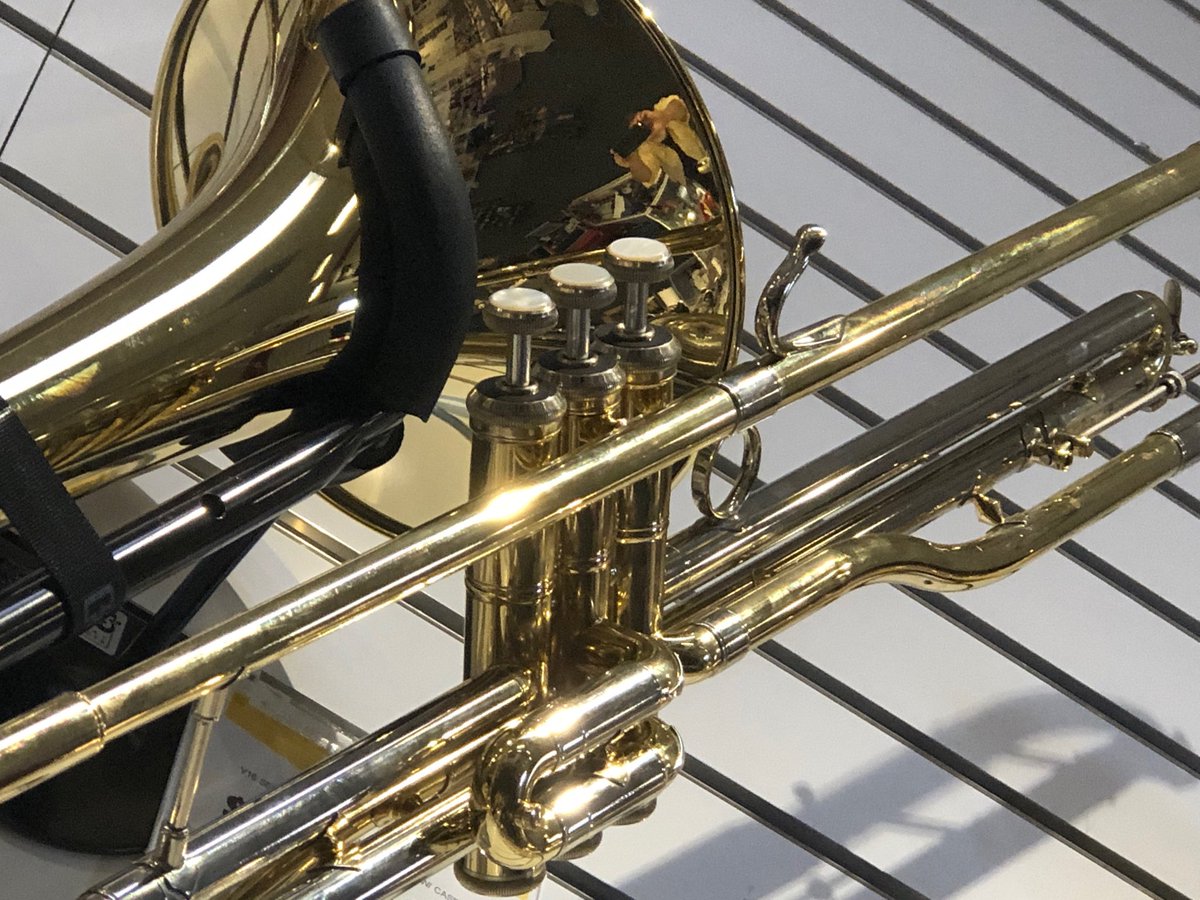 Fans of Star Trek: The Next Generation will most defintely be familiar with Commander Will Riker's eagerness to play the Earth instrument, the Trombone.  The first officer played or mentioned the instrument in a number of episodes including "Future Imperfect."

Today on Twitter, Jonathan Frakes who played Riker teased his fans with a photo of a Trombone and the words "My next project..."  This can mean only one thing, we are going to get an album from the actor/director featuring his trombone playing talents.  We have no other information on the project at this time but what we do know is that Star Trek actors are no stranger to releasing albums.  Frakes will be following in the footsteps of William Shatner, Leonard Nimoy, Brent Spiner, Chase Masterson, James Darren and Tim Russ to name a few.  Minuet will be pleased.