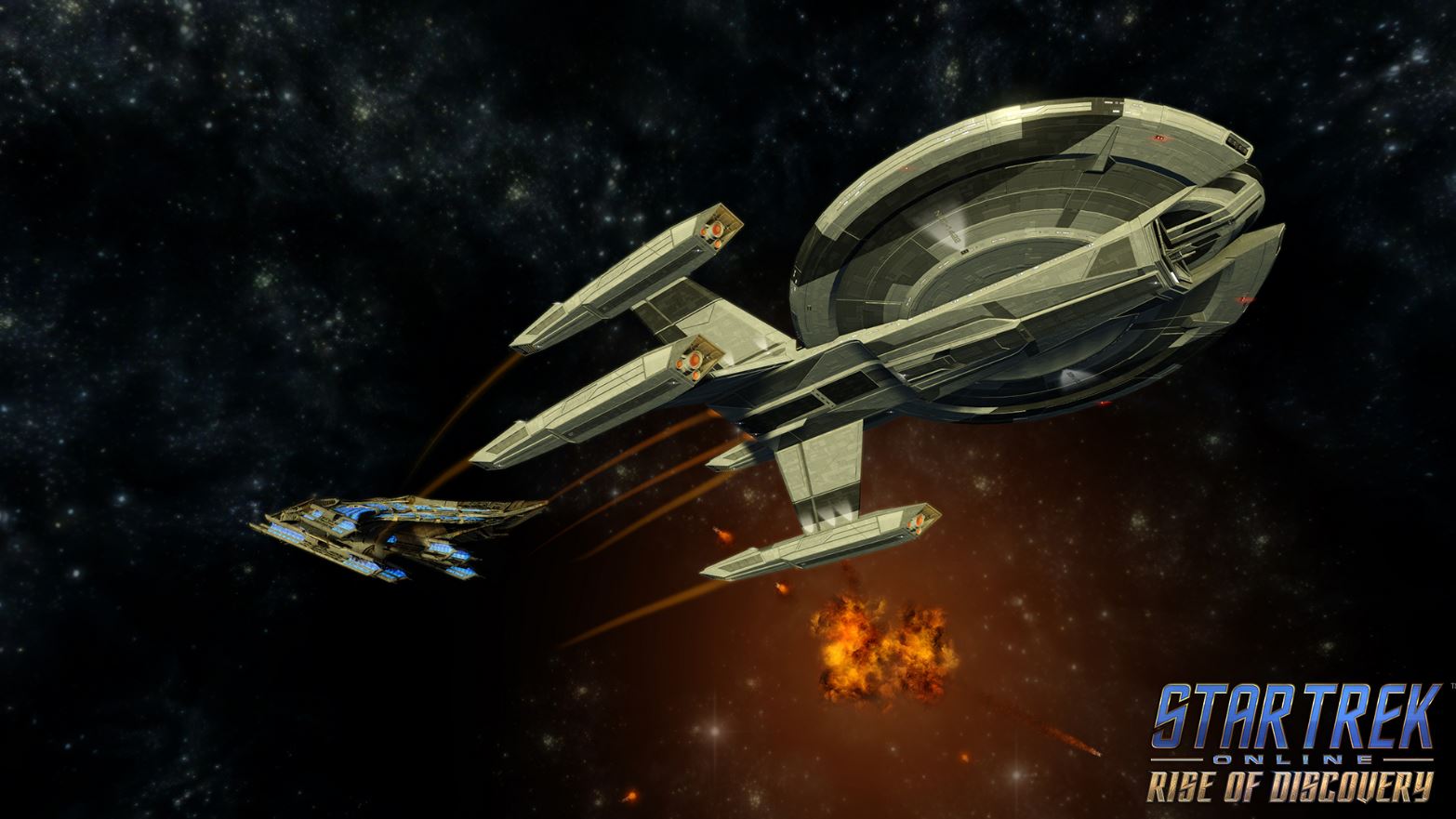 New Update Based on Star Trek: Discovery Launches Today on PC and June 25 on Consoles

Are you getting the cravings for more Star Trek Discovery?  Well thanks to Star Trek Online you can continue in the universe of Discovery as a new update has gone live today which features a whole new adventure on board the U.S.S Buran and a character voiced by none other than Jason Isaacs.  Here's the full press release to whet your appetitie:

Today, Perfect World Entertainment Inc., a leading publisher of free-to-play MMORPGs, and Cryptic Studios announced Star Trek Online: Rise of Discovery is now available on PC and will launch June 25 on Xbox One and PlayStation®4. The latest update to the free-to-play MMORPG based on the iconic Star Trek universe continues the game’s crossover with the critically acclaimed CBS television series, Star Trek: Discovery. Starting today, Star Trek Online players will have the opportunity to travel back in time and board the U.S.S. Buran, encountering Captain Gabriel Lorca (voiced by Jason Isaacs) and Commander Ellen Landry (voiced by Rekha Sharma) from the show. Captains can play through Rise of Discovery to uncover the startling chain of events that ultimately determined the fates of these compelling characters in the first season of Star Trek: Discovery. The update also introduces a brand new reputation and a system wide update that removes player level restrictions for all premium Tier 6 starships across PC, Xbox One and PlayStation®4.

In the first season of Star Trek: Discovery, fans were introduced to Captain Gabriel Lorca and his Chief of Security, Commander Ellen Landry. However, very little was revealed about their collective past and what led them to assume command of the legendary U.S.S. Discovery. These questions will be answered in Rise of Discovery, which takes players to the decks of the U.S.S. Buran with Lorca and Landry just one month after the Battle at the Binary Stars. The Federation starship is on a mission to transport Klingon prisoners to a secure facility when it becomes the target of an incursion led by J’Ula, the matriarch of House Mo’Kai. A devastating turn of events leaves Captain Lorca as the sole survivor of the attack. After crash landing on a barren ice moon above Priors World, he must rely on his trusted commanding officer and Star Trek Online players to rescue him before he is apprehended by Klingon forces.

“The Plausibility of the Possible” – Players come to the aid of the U.S.S. Buran, led by Captain Gabriel Lorca and Commander Ellen Landry, as the Starfleet ship engages in battle with Klingon forces led by J’Ula of House Mo’Kai.

“Impossibility of Reason” – Star Trek Online players will answer an urgent distress call from the U.S.S. Buran that sends them on a dire mission with Landry to keep the ship’s captain alive on a frozen ice moon.

New Reputation – The game’s latest update introduces the new Tier 6 Reputation, “Discovery Legends,” which allows players to earn exciting new Discovery themed rewards. All of the Discovery Task Force Operations will now feature Advanced and Elite versions that have been converted to support this new reputation and pay out Discovery Legend Marks.

T6 Starship Scaling – Starting today, level restrictions have been removed for Tier 6 starships across all of the game’s platforms, including PC, Xbox One and PlayStation®4. For the first time in Star Trek Online history, players will be able to fly premium ships which scale to their individual character level. Additional details can be found on the Star Trek Online blog.

The remainder of the content featured in Rise of Discovery will launch on Xbox One and PlayStation®4 on June 25.

Catch up on the thrilling second season of Star Trek: Discovery on CBS All Access (https://www.cbs.com/shows/star-trek-discovery/)