The much anticipated crowd-funded documentary on Star Trek: Deep Space Nine is to get a limited theatrical run for one night only on May 13th,  "What We Left Behind," the 2 hour and 10 minute documentary which is directed by Ira Steven Behr and produced by David Zappon offers an extremely in-depth look at the Star Trek series with interviews, behind the scenes shots and new animated storyboards.

The theatrical release of What We Left Behind is being handled by Fathom Events, the same company who put together the 35th-anniversary screenings of Star Trek II in 2017. The one-night event has not yet been officially announced, so more details should be coming shortly and some of the details reported here may change. According to the Fathom website those attending the screening will receive an exclusive two-sided poster (11×17, limited quantities), there’s also bonus content: the screening will include a roundtable discussion on the making of the documentary.

Tickets go on sale on April 12th at the Fathom Website. You may also be able to pre-order tickets at Fandango, which has listings for the 7:00 PM May 13th events, priced at $12. 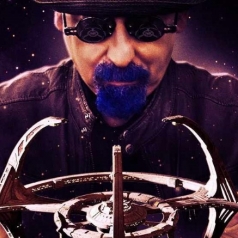