IDW Star Trek releases for May 2019

IDW, via Comics Continuum, give us a look at the two Star Trek titles coming via the company in May 2019. First off it's The Q Conflict #5.

The contest for the ages continues as the Captains race to capture the one exotic creature that Trelane is missing from his intergalactic menagerie -- a Borg Queen! But as the Godlike beings revel in the games, the crews are hatching a plan of their own. Don't miss the penultimate issue of the biggest Star Trek crossover of all time!

As the last year of their original mission begins, the crew of the U.S.S. Enterprise will have to use all of the skills they've acquired along the way as they prepare to face the biggest challenge of their lives -- a dark threat that doesn't just threaten their existence, but the existence of the entire Federation as well... 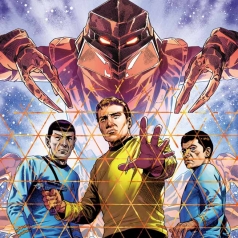 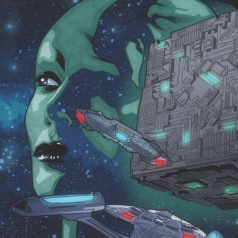 Previous Story Star Trek The Next Generation: The U.S.S. Enterprise NCC-1701-D Illustrated Handbook
Next Story Light and Shadows preview over at StarTrek.com