Star Trek: IDW 20/20
By Peter David (writer) and J.K. Woodward (artist)
Twenty years before he took command of the U.S.S. Enterprise-D, Jean-Luc Picard sat in the captain’s chair of the U.S.S. Stargazer. Picard served with distinction aboard the Stargazer for many years on his way to becoming the most respected captain in Starfleet. But in this early mission, Picard shows us a vulnerable side as well as glimpses of the brilliant tactician he would become.

Second we have Star Trek: The Q Conflict #1.

Star Trek: The Q Conflict
By Scott and David Tipton (writers) and David Messina (artist)
When a dispute between godlike beings threatens the galaxy, it will take all of Starfleet’s best captains to stop them. James T. Kirk, Jean-Luc Picard, Kathryn Janeway, and Benjamin Sisko must go head-to-head in a competition rigged by the arrogant Q and his nigh-omnipotent cohorts. 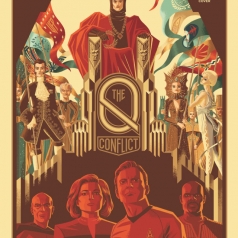 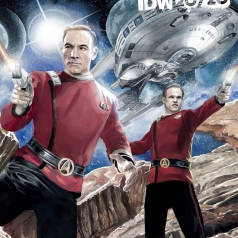 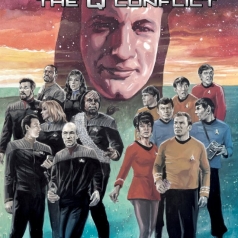 Previous Story Bride of Chaotica, 20 years on
Next Story Patrick Stewart is 'excited' to return to Picard