In this 128 page hardback book, you can expect new choices for your security and engineering officers, as well as detailed background information on the Starfleet Corps of Engineers, Starfleet Intelligence, and even the elusive Section 31. The supplemental rulebook also expands the equipment available to Starfleet personnel, with new rules on their inclusion in the game.

Gamemasters also have their choice of new resources for running operations-focused missions, and a new selection of named NPCs, as well as engineering and security archetypes, including Luther Sloan, Leah Brahms, and MACO soldiers. Miniatures fans will be in for a treat, with the Red Alert rules for miniatures combat using a streamlined version of the 2d20 system, developed by prolific wargame designer Mark Latham, and Sam Webb, line developer for Star Trek Adventures.

• Detailed description of the operations division, covering both the security and engineering departments, Starfleet Corps of Engineers, Starfleet Intelligence, and even the elusive Section 31.
• Advice on creating operations division focused plot components for your missions to challenge the bravery of your security personnel and the ingenuity of your engineering officers.
• A whole chapter of equipment and rules for their inclusion in Star Trek Adventures missions.
• An expanded list of Talents and Focuses for security and engineering characters, as well as new character creation choices for enlisted personnel.
• Detailed descriptions and game statistics for a range of Security and Engineering focused NPCs and Supporting Characters, including Luther Sloan, Leah Brahms, and MACO soldiers.
• Star Trek Adventures: Red Alert provides 2d20 rules for miniatures combat in the Star Trek universe, and includes a campaign of six branching missions. 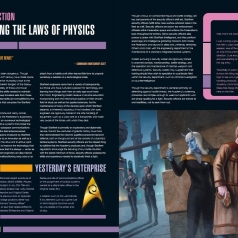 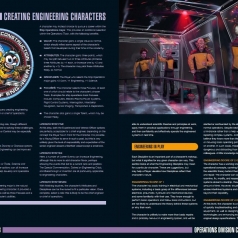 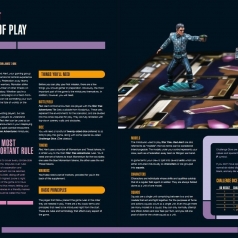 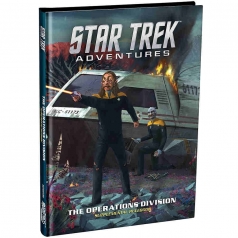