The third and final day of Destination Star Trek saw a wide variety of topics, subject and guests arrive on the Excelsior Stage, also known as the Talk Stage.  Opening proceedings we had Assimilation 2 which saw stage host and writer Tony Lee chat with artists Paul Shipper and JK Woodward about their craft and what makes them tick as Star Trek artists. One informative panel led into another as Behind the Masks brought a trio of guests, Martha Hackett, make-up magician Karen Westfield and Jeffrey Combs. The three fielded questions from host Michelle Johnson and the audience as Hackett and Combs talked through the practicalities and occasional tortures of wearing the masks on set, sometimes for up to 16 hours at a time while Westfield went into the build process.

Next came Alice Krige in a chat hosted by myself, where we discussed Star Trek: First Contact, her time on Voyager in the final episode Endgame and Borg 4D as well as audience questions that reached into her wider career, and yes, she was every bit as lovely as you might imagine. Next up was Star Trek The Human Frontier with author Duncan Barrett which led into the Admiral and Captain Meet and Greet ticketed panel which saw Kenneth Mitchell, Mary Chieffo and Jayne Brook hit the stage with a roar. As much a treat for us as it was the Admiral and Captain ticket holders (until seconds before we had no idea which guests were coming) they dived headfirst into all manner of questions, gave us a classic DST moment as Mary and Jayne recreated their scream-off and Mitchell delved into the nether regions of Klingon anatomy.

Star Trek history and primitive culture brought a full panel to the stage, followed by two further ESA panels and then the final panel as The Trekkie Girls brought Chase Masterson on to the stage to talk Gender, Sexuality and Star Trek to an engaged and informed audience.

A quick hop across the hall to the vast Enterprise Stage saw the closing ceremony as the announcement was made that Destination Star Trek will return to the NEC on Friday 25th - Sunday 27th October 2019, and we already have ou first confirmed guest - George Takei. TNZ plan on being there, and we sincerely hope you can beam down to Birmingham in 52 weeks time and join us. 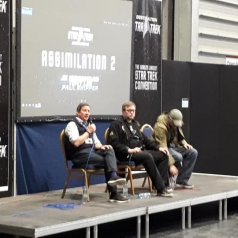 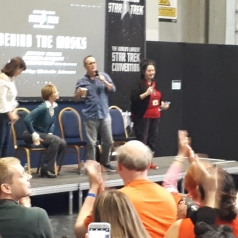 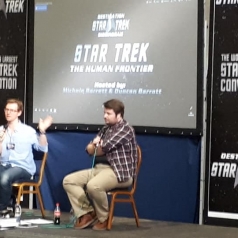 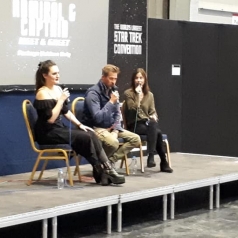 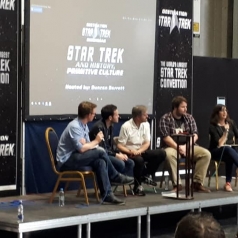 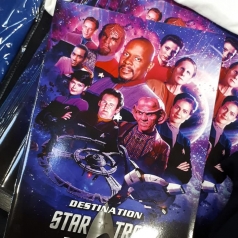 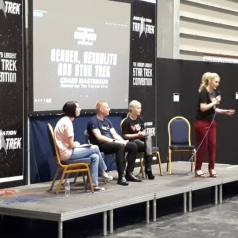